Between castles, medieval villages and typical

ENJOY THE FUN IN ROMAGNA

The entertainment parks on the coast 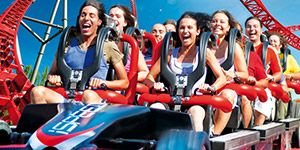 The most noted entertainment park of the coast includes 6 thematic areas and 37 different attractions for adults and kids, a chance not to lose for those who have a passion for roller coaster. Avant-guard technologies for combining fun, adrenaline and breathtaking shows. 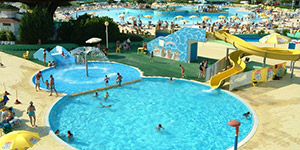 The huge acqua park of Cesenatico, open since 1998, lays on an area of 100.00 m2 which includes a large green environment and dining areas. Slides and pools for the entertainment of adults and younger ones, with pools kept warm all the time at the temperature of 28°. 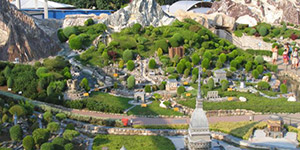 A famous park in Italy for its originality, offers an unusual experience to discover the cultural heritage of Italy and Europe. In "Miniature Italy", you will find hundreds of perfect riproductions of monuments and architectural masterpieces.

One of the most famous acqua parks of Europe! Acquafun is not simpy an acquapark but its a location for the major events and it owes its success to the presence of Radio Dee Jay, the first private radio. 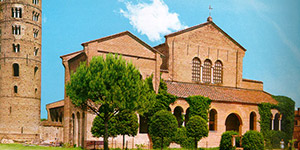 Being a heritage for the humanity and for Unesco, Ravenna conserves the richest heritage of mosaics of humaniy among its walls. and not just that, but also towers, bells, cloisters, the famous grave of Dante Alighieri and the Giotto frecoes of Santa Chiara. The culture of Ravenna has the first place. 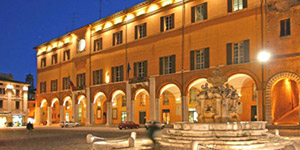 Cesena,the ancient city of Malatestiana, has been given its name thanks to Signoria of Malatesta who has left ,as a cultural heritage recognized by Unesco, the Malatestian Library and the Fortress (Rocca) which stands above the city. There you go! Cesena, rich life, culture and stimuli. 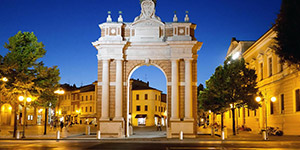 An amazing historical center, the Jupiter Hill, on which stand the Malatestian Fortress, The Arch of Ganganelli and many more. in July the city is animated with the Theater Festival, in november the Fair of Becchi, which are main attractions thanks to its particular characthertics. 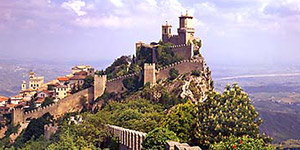 The still existing most ancient republic of Europe lies on the Monte Titano and holds the record on the themes of peace, rights and freedom.
The ancient city center of San marino is an entire complex of monuments; a heritage for humanity, an incredibile view of fortresses.